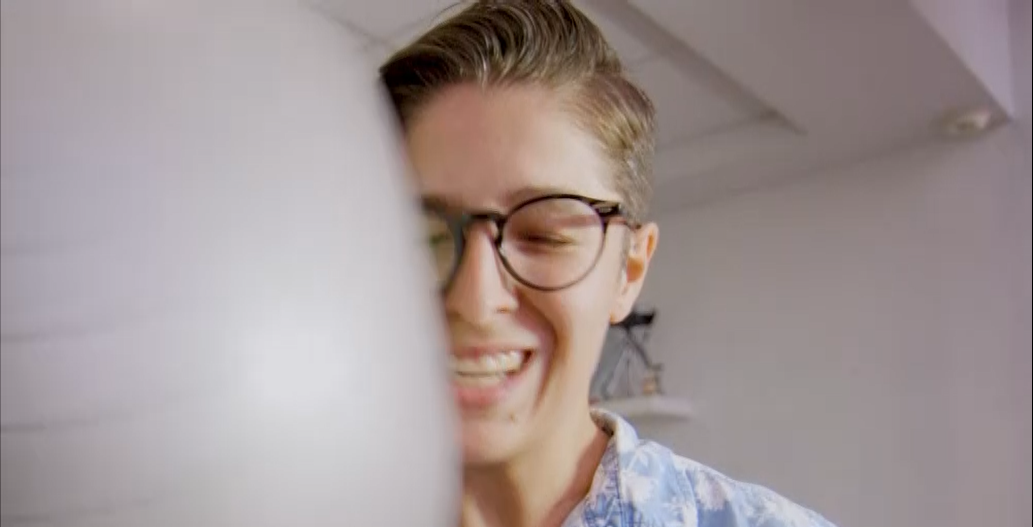 Recently, we made a video and uploaded it to facebook. It was a very simple video, made with stuff we had lying around. In it, our creative director was talking about the merit of waiting for the right idea to hit your brain. The more you waited, the bigger and better the ideas were. Everytime she talked about an idea we threw a ball for her to catch. We had small balls for small ideas, and larger ones for larger ideas. The message was clear: if you're patient and consistent, eventually, a huge idea might surpr-- and then I hit her in the face with this huge yoga ball, which knocked her glasses off.

I'll be honest, for a second I really thought I might get fired. As we recorded the thing, it seemed more like a cartoonish assassination attempt than a social media video. However, I had been thinking about that video for a week, and I was certain it'd be a hit. And I had some poweful reasoning for it.

First of all, it was funny. Let's face it: one of the hard facts of life is that seeing someone being unexpectedly hit across the face with a huge ball is just funny. I knew people would laugh, and that's a great start. But the joke was just a means to an end. I had carefully constructed the logic behind that video. You see, I had noticed that our most popular posts on social media, were the ones that showed any of our faces, which made sense cause we're so damn handsome (plus, a character always makes a video more relatable). So I knew that was a good start. Also, by having our creative director talk about creativity, I was sneaking some crucial information about us into the video. People (even though they thought they were just watching a funny video) would learn how important creativity is for us, how much we value it, and how far we understand it. Which leads me to the last point, which is that even though the video seemed really silly and dumb, it was actually clever. It was a very low-budget way to express an idea in a very dynamic way. We were being creative for a video about creativity. It reinforced the concept of us that we've been constructing. My plan was perfect! I would make audiances laugh while sneaking all the information that we, as a business, wanted them to know.

And it worked. That video achieved the most organic reach and engagements we've ever had on facebook. It widened our presence and I'm sure that there are few people out there who know that we're an option whenever they require creativity. That's just a sample of the power of video, and it has so much potential. I would do one of these videos everyday if only my coworkers would let me hurt them more.