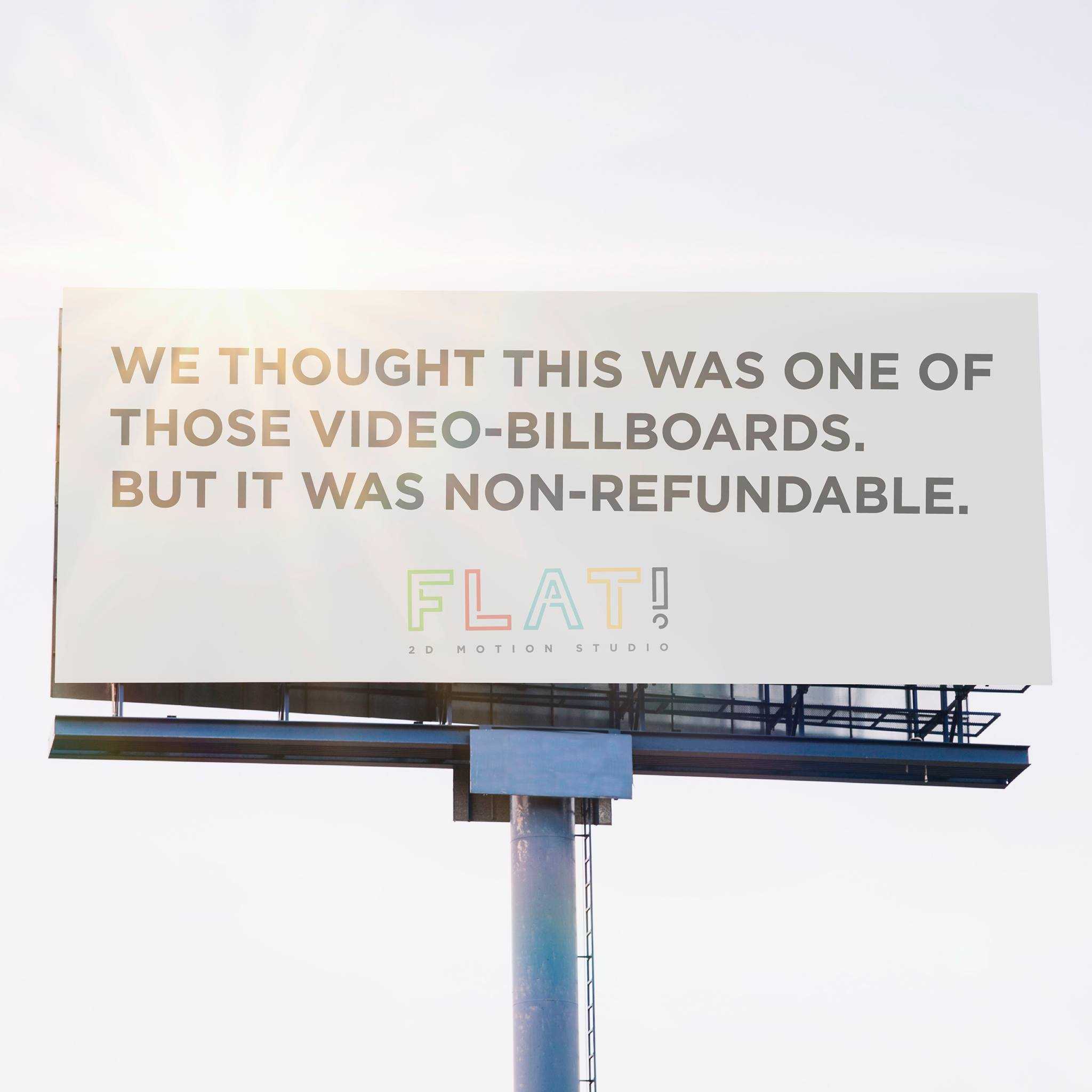 Let's say that you have a certain cut of your company's budget which needs to be spent on an ad that will help you increase the sales of a particular product. You can either use to set up a billboard, or to make a video. In the interest of keeping suspense, I hope you don't pay too much attention to the header of this post, or to the fact that we're an animation studio. Otherwise this might not be as shocking.

For a lot of people, video might still not feel tangible enough. Billboards have been used for decades, right? They have been tested or whatever. And they're easier to make. Videos can require so much work, with a script and production, and post-production and distribution and there are so many people involved. You might even go a little over budget if you're not careful. With a billboard, you just have to design it and get it put up there. Easy. Plus, so many people use roads, right?

Well, here's the thing. Think about the last time a billboard had any effect on you. How often do billboards really catch your attention? When was the last time you saw a billboard that made you feel something? When was the last time you saw a billboard that somehow seemed to be offering exactly what you were looking for? Now think about the way you interact with videos. Not only do you probably laugh at some of them and send them to your friends or to a family whatsapp group, but you have an almost supernaturally interactive relationship with them. When you're thinking about buying a car or a computer, don't you watch video reviews of it? Don't you ever see a video on your feed that happens to have something to do with the exact thing you need?

Now, of course you can't answer these questions. This isn't a conversation, I can't wait till you see this questions and send me your answers to post this because you can't see the questions to begin with until I post them. Thankfully, I have statistics to fill in the holes left by the cruel lineality of time. Video consumption is rising 100% every year. That means it doubles. DOUBLES. That means every two years it quadruples. I don't even know how to spell what happens every three years. Visitors who view product videos are 85% more likely to buy than those who don't.

Video allows you to be more detailed about anything, it catched your audience's attention and it's perfectly suited for you to show it only to the people you need to show it. And most importantly, you don't run the risk of killing possible customers in a car crash. So yeah, shockingly, video wins.